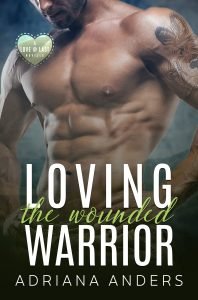 “Stop,” I gasped out, before our mouths connected. To his credit, the man didn’t hesitate at all. He was out of my space before the letter p quit resonating.

“Yeah, I just…” I grimaced, waiting for the thrumming in my chest to subside.

“We don’t have to do anything. You know that.” He made as if to slide out of his bag, the words rushed, his voice a little too loud. “You take the tent. I’ll go outside, give you some space.”

It would have been easy to feed him some BS about a headache, but that wasn’t my way. “Wait.” I set a hand on his arm. “I’m not used to this.”

“Kissing strangers in tents?” He huffed out an impatient sound. “Or not kissing them, I guess.”

“So, you are used to kissing strangers in tents?” There was a smile in his voice.

A nervous giggle escaped me and I sat up, my head almost brushing the ceiling of this tiny space. He was so big and this tent was too small, too tight, too…something. The smells, the sounds, so subtle, but more than any half-drunken, fully-clothed door bang. “Maybe it’s cause I knew you as a kid, but I…I don’t think so. I think it’s…” Jesus. I swallowed and worked hard to catch my breath. “I don’t feel sorry for you, okay? Just so that’s clear. But there’s this…sadness to you that’s got its claws in me. I want to fix it. God, I know that sounds fucked up. And it’s not like me at all. But I want to take it, maybe? Make it better. Smooth it out or swallow some of it?”

He cleared his throat as if he’d say something, but nothing came out and, since I was afraid to look at him, I plowed right through. “You’re not my type, Kurt. My usual M.O.’s more confident asshole than broken soldier, I guess.”

“Marine. Right. I didn’t mean to insinuate that there’s anything wrong with— Oh, fuck it, come here.”