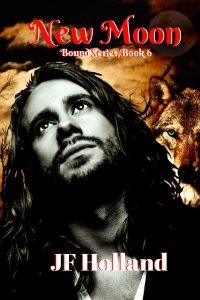 As Luc stepped over the salt by the door and pulled it shut behind him, a harried Nathan came flying down the stairs.

Finding Agatha sat on an old leather sofa pushed against the back wall beside the room Jill was in, Luc placed an exhausted Sophia beside her. Agatha shoved over to make room, before lifting and settling Sophia’s feet on her lap.

“She could do with a reviving cup of tea to help her recover. However, we have no facilities here to make her any. She’ll be fine, though, just a little groggy for a while. Don’t worry,” Agatha told Luc as he straightened, lovingly brushing Sophia’s hair from her face.

“I need that sedative, Ronald is waiting out front for me,” Nathan told Thomas as he strode towards them, panting after his exertion. He leaned over, hands on his thighs as he took a couple of deep breaths, blowing the last one out. “Fuck, I need to work out more,” he muttered straightening.

“Damnit, I could do with getting a look at him myself,” Thomas muttered, rifling through the contents of his bag. “I would have liked to have been able to gauge his size so I can give you the correct dosage,” he mumbled just as Nathan’s phone went off in his pocket.

“Hello. Fuck, seriously, how big? Damnit stay away, stay out of his line of sight. I’ll be with you shortly.”

“What’s happening?” Jaden asked as he and Sam strong-armed a second old leather sofa down the stone steps. Shuffling forward, they placed it against the wall opposite the other one.

“Balin, Lana, James and Edgar have just gotten to Lunaton Woods, and it would seem that Davion’s eating the reporter,” Nathan told them dryly.

“Fuck,” Jaden hissed, standing up and placing his hands on his hips. “I can’t say I’m sorry the bastard’s gone, but I’d have liked to have given his victims’ families some closure. Please tell me he died hard?”

“Oh, yes. Apparently, he was digging around Smith’s insides for a snack as they arrived,” Nathan told him.

“Any idea on Davion’s size?” Thomas asked, filling a syringe from a bottle he’d pulled from his bag.

“Balin said to think of me on steroids with a really bad case of the munchies,” Nathan replied, sticking his phone back in his pocket.

“Shit,” Thomas grumbled, digging back into his bag for another bottle. He filled a second syringe, went to put the bottle back and then thought better of it. “Here, try one first, but if that doesn’t stop him, hit him up with the second. However, if he’s still up and moving after that, just fill one of the syringes with what’s left in the fucking bottle. If that doesn’t bring him down, nothing will,” he sighed passing them to him.

Nathan shoved everything in his coat pocket, then turned, heading straight back for the stairs.

“How’s Jill doing?” he asked, hand on the wall.

“Sophia’s just done a healing. No change yet,” Agatha replied, her hand soothing over the arch of Sophia’s foot using circular motions.

With that, Nathan took the stairs two at a time until he vanished, his heavy footsteps could be heard running across the floor above, heading towards the entrance.

“Damn, I’m tired of all this,” Jaden murmured, dropping onto the arm of the latest sofa which Maya had taken a seat on, Helena beside her.

“I wish I could be with Lara and Lana right now,” Helena swallowed.

“I know honey, but we are spread too thin. If we leave here it means the others could be in danger if Jill wakes,” Sam told her.

“I know, I wish too. I wish I could do something to stop all this, to make it right, but I can’t. The only thing I can do is to make sure that everyone is as comfortable as possible right now. On that note, we better go and see about more seating as we could be here a while,” Sam told Jaden. Bending, Sam brushed his mouth over Helena’s, then headed towards the stairs.

With a sigh, Jaden tiredly stood and followed on Sam’s heels as Douglas took a seat on the arm of the sofa beside Agatha.