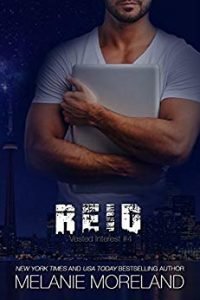 On Sunday, I watched Gerald with Richard’s children. Gracie climbed into his lap, patting his face and babbling away to him. I could see why Richard loved her lisp. There was no choice—you smiled listening to her. Heather was asleep on Gerald’s shoulder, his hand spread wide across her back. Veins protruded under the thin skin like a dull roadmap, his wedding ring loose on his shrunken finger, but his hold was sure. He was patient and loving, his voice soft and soothing. He listened and played. Teased and laughed. Offered kisses and cuddles to both girls. He was the perfect image of a grandfather.

That was the man I had hoped to meet while here. The caring man Becca told me stories about.

The man who would be part of my life.

It hit me right then.

I wanted to marry Becca, knock her up, and have babies together. Lots of babies. Gerald would be an awesome grandfather.

The table fell silent. Richard’s fork was partway to his mouth, frozen midair. Katy’s eyes were round with shock and Becca gaped at me.

Apparently, I had uttered that shit aloud.

Except, it wasn’t shit. It was what I wanted. More than anything. I wanted babies. A family. I wanted them with Becca.

Richard shook his head. “Reid, shut off the not-so-inner monologue. You’re digging your own grave, kid.”

Richard threw Katy a pleading look. She shrugged as if to say, “You’re on your own.”

“No!” he almost shouted. “It’s…it’s like baseball. You hate baseball.”

“Yep. Just like baseball. Home runs and all. Only with smaller balls.” Katy smirked.