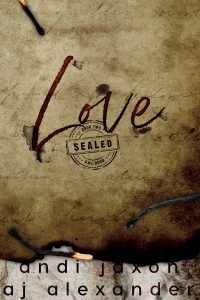 God damn, I have the best friend! I can’t help but replay the events of last night in my head, over and over, as I sit waiting for transport for training. I should be listening to Logan right now, he’s dealing with a lot of shit. However, the only thing I can think about is the taste of Amber’s pussy and the feel of Avery’s lips wrapped around my cock as I pound it down her throat.

That bitch has no gag reflex… Hmmm.

“Are you even listening to me, fucker?” Logan says, punching me in the shoulder.

“What the fuck, asshole? No, I wasn’t listening to your bitching about missing your girl. Grow a set and deal, man. It’s not like we‘re deploying. It’s a few weeks, and we won’t even be out of comms the whole time. Chill the fuck out.”

“Yeah, right. Like you aren’t thinking about sticking your dick into Avery or Amber as soon as possible.”

“What the hell do you mean OR? Avery has no damn gag reflex, and Amber as well, just thank you for the best four days of my life. I seriously owe you,” I say as I give Logan a pat on the shoulder.

Logan just stares at me in disbelief. I can’t help but chuckle.

“Close your mouth, dude. You don’t want to catch any flies, we both know those things are nasty as shit.”

“You dirty dog! How are you going to just say something like that and leave me hanging? I knew something had to be going on with both of them, but I wasn’t going to ask. Since you brought it up…”

Logan now has the entire team’s attention, who am I not to fulfill every man’s fantasy.

“The night I was introduced to the Twin Tornadoes…”

To say meeting Charlie was a surprise would be an understatement.  He was not what I expected when Katie called me to ‘entertain’ a friend, that’s why I called Amber. I knew he could turn both our worlds upside down, but what I didn’t know was that he would be the one to turn ours into complete chaos.

Everyone has called Amber and me, the Twin Tornadoes for as long as I can remember. The same birthday, similar body types, same smart mouth, basically the same person. Everyone runs when they see us coming, I expected Charlie to do the same thing. Instead, we should have been the ones to run.

The moment I laid eyes on Charlie I knew that he held a part of my soul. The one man I would spend the rest of my life with. Avery and I are a package deal and the fact that Charlie fits the two of us like a missing puzzle piece must be fate.

People don’t understand Avery and me. They would rather label us as troublemakers and sluts than take the time to understand us. What they see are two loud mouth women who know how to have a good time, no one cares about anything else, right? Charlie is different. He sees me for me and Avery for Avery, as individuals. We are both special to him in different ways, for who we are at heart.