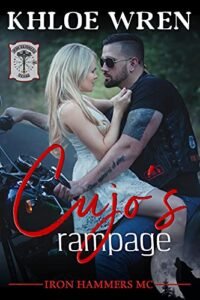 As a lone wolf with no pack, I did whatever I had to in order to survive. It wasn’t the easiest life, but it beat the hell out of living in a lab being experimented on. I was fine with my life, until I had a job go wrong and I ended up in a cell next to Lily-Rose. Turned out the little ocelot shifter was everything I never knew I needed, and I would do anything to keep her safe. Even accepting an Alpha’s authority and joining a pack.

Lily-Rose hadn’t had an easy life either. Her father had been pimping her out since she was a child, using her to fund his life. Now I’d taken her away from him, I knew he’d come for her. I counted on it. Because I had plans for that bastard.

But things don’t go as they should. And when everything goes to hell, I just hope my new pack will have my back. Because I need my mate to survive the fallout of my rampage.