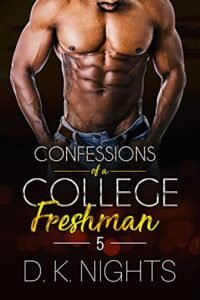 Dominated By the Professor

Let me do everything your man won’t do. I promise I’ll give you the ride of your life.

Bryce is straight but when he witnesses Professor Davenport’s snake parlaying in another person’s garden, he’s heart broken. He wants to forgive him, but the professor continues to deny him the ultimate pleasure experience. As he searches for other ways to satisfy his intimate curiosity he meets Lloyd, the sexy Jamaican police officer that lives next door.

Professor Davenport is straight but has feelings for Bryce. He feels bad about his infidelity and now has a big decision to make. If he doesn’t give Bryce what he desires, he might lose him to another man. A sexy and masculine man who will give Bryce any and everything he pleases.

Lloyd is straight but had no idea he would enjoy watching Bryce and the professor, do things straight men should not do, from his window the other night. He now questions just how straight he really is. He wants Bryce and is determined to have him. When Lloyd discovers all the things the professor won’t do, he sees an excellent opportunity to stake his claim and give Bryce the wildest ride of his life.

Will Bryce reconcile with the professor or take a chance on the sexy police officer next door?