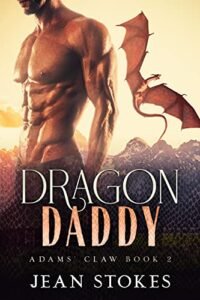 ❤️A flirty actor dragon shifter about to get the shock of his life…A single mother schoolteacher not yet ready to forgive and forget…A relentless sinister corporation that needs a united couple to stop it!❤️

Sheila is a single mother who wants what’s best for her family. Old boyfriend Mike returning to town has scrambled her thoughts! She left him years ago and had no plans to bring him back into her life. But maybe she can forgive for sake of her child?

Mike is dragged back to town by an old friend who needs his help in the fight against sinister UniCorp. As if that weren’t enough his old flame is about to unleash a bombshell secret on him too! Is it enough to shock him out of his party lifestyle and focus on one woman?

Can Sheila and Mike put aside their differences to unite as a family and stop the relentless UniCorp’s latest big play?

WARNING: The Adams’ Claw Series is addictive! Be prepared to stay up until 3am reading about steamy passion in a small Western town, a tight-knit group of smokin’ hot protective dragon shifter alphas and their feisty heroines!