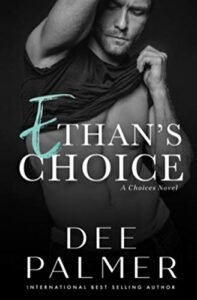 They say once bitten… Twice shy… Ethan is the handsome possessive bad boy that will stop at nothing to get what he wants, he just doesn’t realise – what he wants.
Ada is in hiding and has no choice but to stay that way. She needs to find the one person who means the most to her, more than her next breath, more than life itself. If Ada is found and identified, she knows she will never get that chance. It’s not a life choice; this is self-preservation and she’s already lost too much to give up now. For the first time since moving to the small coastal town, Ada feels isolated in her opinion of Ethan, the town’s favourite prodigal son. He is arrogant, cruel and rude to her. But, the first time ever, Ada is distracted by a man who seems to delight in teasing and playing a game Ada can’t afford to lose— a game the sassy heroine can’t even afford to play. The mystery of her past life is catching up on her. Can she keep far enough ahead of it before its too late? I’m smart enough to know love like this doesn’t happen every day, so there’s no way anyone is taking that from me.”