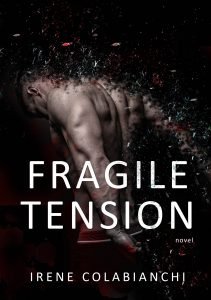 Asher Keaston is a young airline pilot who is disappointed by his childhood and the loss of the most important person in his life.

Eleonor Meier is convinced that she can recuperate a reality of which she has no memory.

An encounter that is not really fortuitous between the two, convinces Asher that the only way to free himself of his past and live a torment-free future, is to destroy the beautiful and passionate woman who has taken over his memories and his desires.
Eleonor hates Asher’s eyes, his intense and intrusive look, his oppressive and arrogant ways, but passion and fate will change their destiny once again, that destiny that had separated them four years before.
Asher is convinced of his plan, but instead will find himself always more involved in what he actually feels for Eleonor, a desire that never died. Eleonor will discover that there is a deep secret in Asher’s eyes that could shock her existence.
What if the destruction of Eleonor will be Asher’s final condemnation?