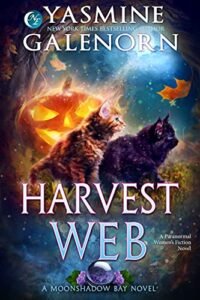 Summer has been kind to January—work has involved a lot of quiet research, she’s helped Ari revamp her wedding plans, and settled into a comfortable routine with Killian. That all comes to a screeching halt when autumn crashes in like a bull in a china shop.

January finds herself plagued with a frightening ghost when renovations literally uncover a skeleton in a hidden room. She must discover who the dead man was and why his skeleton is in her house before she can exorcise the spirit—not an easy task in itself. On top of that, at work an even more serious issue arises when Conjure Ink’s new client is killed by the Whatcom Devil—an urban legend come to life. And now, it’s stalking January. Can Conjure Ink manage to find and destroy the creature before it manages to claim January as its next victim?