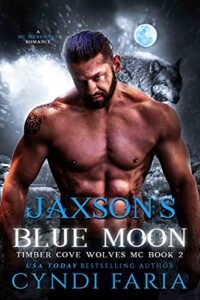 After a cruel packmaster claimed me as his property, I ran from him and landed in Deputy Jaxson Salvador’s bed, a rival alpha wolf. Now, I don’t know who my twins’ father is. Not that it matters when I find myself kidnapped. There’s only one wolf who can rescue me—assuming he’d even want to after what I did to him.

After Alina Sloan tore my heart out and left, I pushed the pain aside and focused on my job—working as a Deputy to keep my territory safe. But all my plans got tossed aside when I discovered Alina had been kidnapped by a shifter trafficking ring. Alina may still hate me, but I’m willing to set pride aside to protect my family—even if going after the one who had her taken could destroy any chance I have at keeping her for myself.