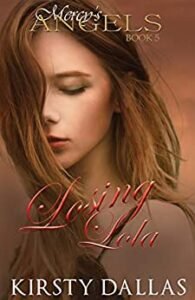 “I’m going to break you.”
Those were the words Lola feared most, from the man she feared most. She ran until she reached the small-town comfort of Claymont. She hid within its quaint embrace, and as soon as she let her defences down, he came for her.

“He broke me,”
These three words would haunt Drew King until the day he died. An imposing man of brute strength and frightening scars, Drew preferred to keep to the shadows, watching from afar. Lola had drawn his attention the first time he laid eyes on her. Her aloof nature intrigued him, her beauty struck him right in his dark heart. The night she fell into his arms broken, bleeding, and dying, a fire was lit in his soul. The best revenge is that which is served cold and bloody.

This book contains references to sexual assault, violence, PTDS, and other themes that some readers may find triggering.