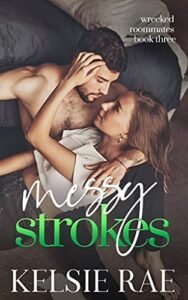 I should’ve told Milo.
That I loved him.
That I was pregnant.
That I didn’t want anyone else, except him.
But I didn’t.
Instead, I left.
I ran.
Now he’s here, in the hospital after I delivered a baby girl he’s convinced belongs to him.
But the truth is, I have no idea.
I’ve sacrificed so much to keep my past hidden. To keep my baby safe from her other potential father.
It’s a secret I’ll take to my grave.
Or at least, I planned to until Milo forced me to move in with him, causing me and my daughter to pop up on a certain someone’s radar whom I never wanted to see again.
People might say life gets messy sometimes…
But they have no idea just how much chaos will ensue if the truth comes out after I’ve done so much to keep it in the past.