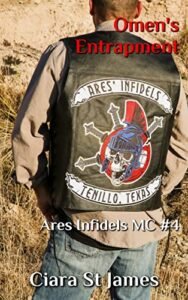 Omen’s life has never been an easy one. Growing up basically fatherless in the bayou, he knows all about hardship. When he’s old enough, he heads off to the military. He has a mom and sisters to take care of.

Only things don’t turn out as planned and he loses his family. Now, he’s out of the military and looking for his place in the world. There’s nothing to tie him to the bayou, but there are things he finds to tie him to Texas.

His friend and prior Marine buddy, Executioner, convinces him to give the Ares Infidels MC a try. He’s never imagined being in an MC. When he arrives, he finds not only does he seem to fit, but there’s even more reason to stick around. Executioner’s mother-in-law, Jackie, immediately captivates him.

Jackie has raised her three kids essentially alone. She knows hardship and she doesn’t need a man. One deadbeat husband who left her years ago is enough. Only she can’t seem to shake this attraction she has to the younger man who is her son-in-law’s friend.

She feels like she’s being ridiculous. What could he see in a woman almost ten years his senior with kids and hardships? Find out how Omen works his bayou magic and gets the woman of his dreams. He’s out to prove he’s nothing but serious. He’s hooked and never wants to be free of Omen’s Entrapment. 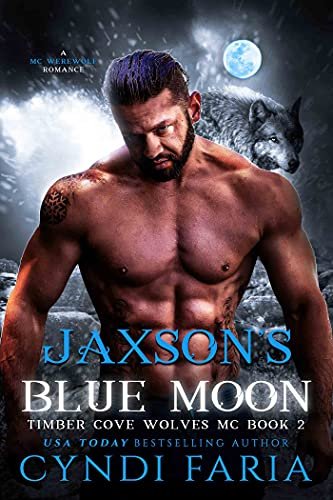