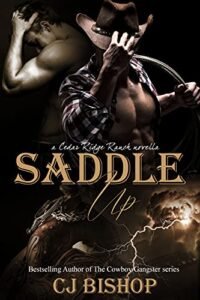 “I will not lose that ranch–if I have to hogtie him and lock him in the damn basement!”

Heff Wilder’s world is shattered when he receives word that his sister and brother-in-law, Mandy and Frank Zayne, have died in a car accident. Since the death of their parents when Heff was ten, Heff and Mandy were each other’s rocks. Now, at just twenty-one, Heff suddenly feels lost and alone. Things get worse when he learns of a special clause inserted into Mandy and Frank’s will concerning their horse ranch: Heff must live on the property and run the ranch with Frank’s younger brother, Garland—or the ranch will be turned over to the state to be auctioned off. Five years ago, Heff fled the ranch to get away from Garland Zayne. How could he go back now and live with the one man who had hurt him most?

Garland Zayne is shocked—and infuriated—by the unexpected clause in his brother’s will. Garland had busted his back right alongside Frank to build the ranch up from nothing—the ranch should have rightfully gone to him. Focusing on his anger and confusion over the ranch distracted him from the unbearable loss of his big brother and the woman who had loved him like a sister. An avoidable loss that he caused—at least, that’s what he believes. And now, amidst his grief, guilt, and anguish, he is forced to confront a troubling, painful past as well—in Heff Wilder. Facing the young man after five years stirs up memories both good and bad, but mostly bad as he can’t forget how he wronged the boy—then turned on him, causing Heff to flee his presence and never return to the ranch. Until now.

Just as they are about to walk away from one another, dormant feelings are awakened and put to the ultimate test as they suddenly find themselves caught in a violent storm—within and without—that threatens to destroy everything they didn’t know still mattered.