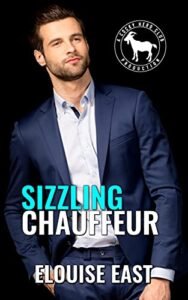 Coincidence or fate? Either way, there will be no second guesses…

Louis wants what his parents had: all encompassing love. He never believed he’d find it until a chance meeting with a man in his childhood vacation spot. Unfortunately, a brief encounter is all they have before Mal disappears. When Louis unexpectedly meets up with him again, he refuses to let go, not willing to trust that fate would allow them to meet a third time.

Mal doesn’t begrudge becoming guardian to his sister, but nothing will ever be the same. Especially when he meets the man of his dreams on vacation days before his life is turned upside down. Leaving Louis was the hardest thing he’d ever had to do, but he can’t allow someone to get too close and upset the precarious balance of his new responsibilities. However, Fate has other plans.

Does Louis have what it takes to change Mal’s mind?