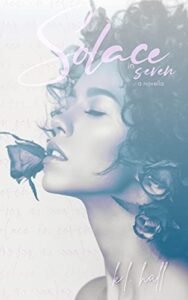 Fresh off a breakup and mending a broken heart, Cassidy Stokes has sworn off all men from now until the hereafter. Now as the only single gal on what was supposed to be a couple’s getaway with her girlfriends and their men, she decides to use her time on the island of St. Martin to reconnect with herself. After all, self-love is the best love. What was supposed to be a week filled with an abundance of R&R, turns out to be the trip from hell when she’s face-to-face with her high school foe, NBA superstar, Hendrix Croft.

With cognac brown eyes and caramel skin as smooth as satin, Hendrix “The Tomb Raider” Croft hasn’t aged a bit. He’s still sexy as sin and the bane of Cassidy’s existence. While recovering from an injury, news of his trade to one of the worst teams in the league hits the airways, making him the subject of endless gossip. He elects to get away for a mental break from the palm trees and plastic groupies that come with having a multi-million dollar jump shot.

When a reservation error at a prominent resort lands them in each other’s close company for seven days, they are forced to play nice or not at all. With a heart more jagged than cacti, what will Cassidy do when her misery starts to desire his company?