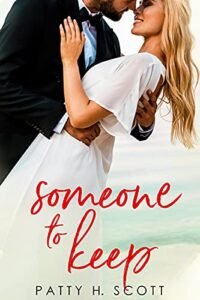 It seemed like a harmless charade until everything started to feel a little too real.

Zoey left Cypress Cove twenty years ago and now she’s back trying to rebuild her life.

The last thing she needs is men continually asking her out. When Grady sees a few guys hitting on Zoey, he figures the least he can do is provide a buffer for her.

Their plan seems simple—just fake date to keep other men at bay. But, their pretend relationship takes on a life of its own when the Cypress Cove rumor mill starts churning out details about Zoey and Grady. Now they have to take their pretense to another level.

To make things even more complicated, Zoey is starting to have feelings for Grady—ones she doesn’t dare tell him about. And Grady finds himself unable to get Zoey off his mind.

The more time they spend together, the more Grady sees a future with Zoey. But, Zoey has a secret from her past that Grady doesn’t know anything about … will it be the thing that finally tears them apart?