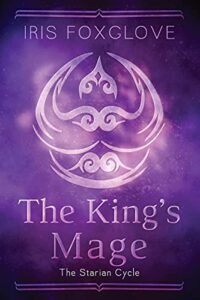 “It’s inevitable. We love, it burns us, we love again. Or we don’t, and we wither on the vine.”

Emile de Guillory swore off love the night his wife died in his arms. Bazyli Drakos loves too deeply, despite what he stands to lose. The night of Prince Adrien’s marriage to Isiodore de Mortain, Bazyli finds Emile poisoned in the royal gardens. He takes him back to his home in the lower city, where Bazyli and his silent demon nurse Emile back from the brink of death. What begins as an uneasy alliance turns into something more as Bazyli and Emile work to uncover the assassin who poisoned Emile that night–an assassin who can hide behind any face, even those Emile trusts the most.

But can Emile learn to open his heart again, and will anyone be waiting for him if he does?